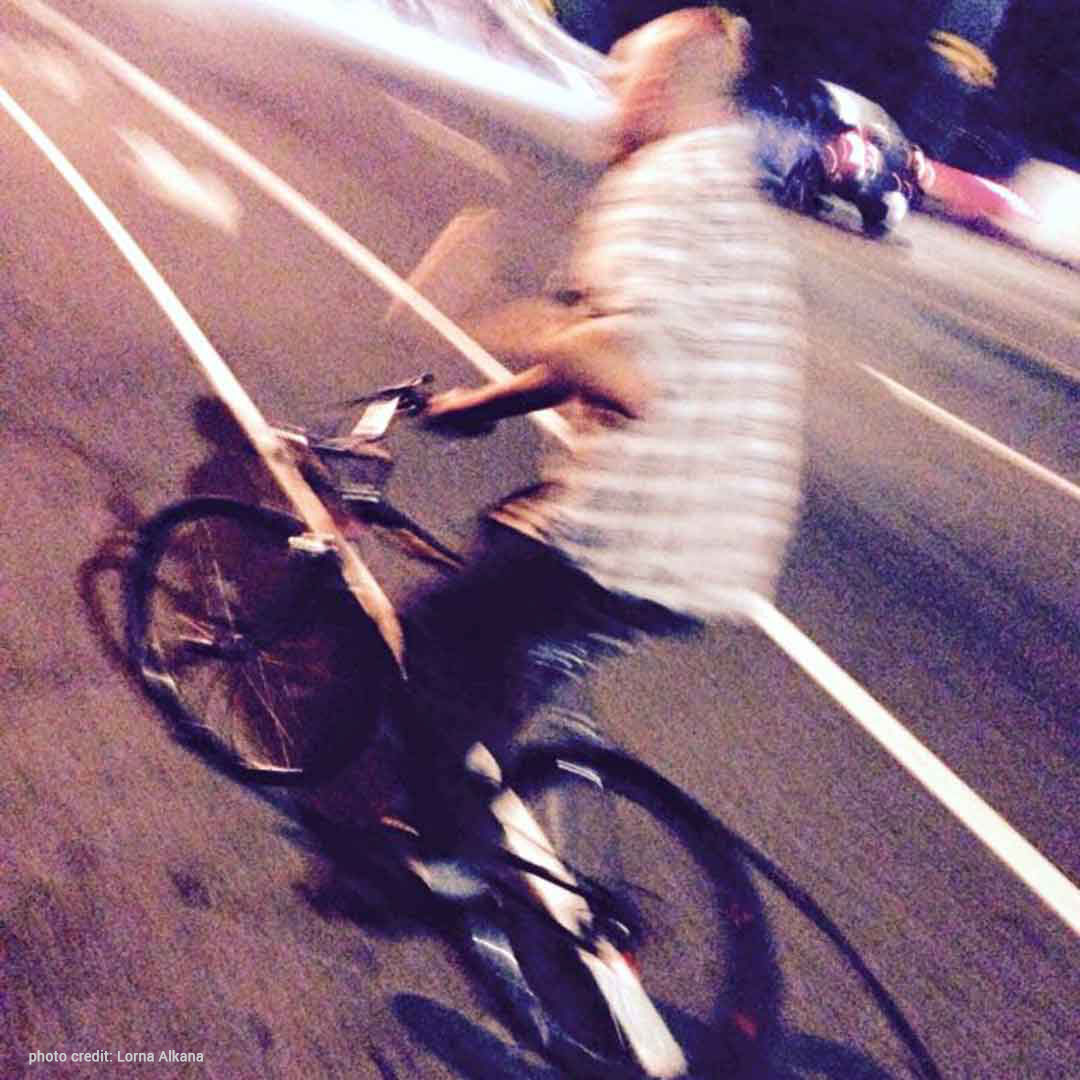 Having just returned from my months-long journey of self discovery in the wild environs of a car wash in Pico Rivera, I’ll be revealing my new found insights at the SILVERLAKE LOUNGE tomorrow night 5/25 at 8:30. Bring your thirst for heightened awareness. Or beer, anyway.

As soon as I decided to make an epic electric blues poem with quasi-religious imagery and psychocultural undertones, and who doesn’t decide that at some point in their life, embellishments and obstacles began popping up like mushrooms on a rain-soaked cowpie.

Having set the story in filthy Hollywood in the 80’s, regression therapy was necessary to recall memories which trauma and embarrassment had long since rendered inaccessible.

Then, of course, certain gods had to be appeased. Amplifiers, reputations, and even plump Norwegian rats were sacrificed behind select shrubbery throughout the city.

Enough with the back story, already.

Ain’t it grand?? that freeway sign you see is a jump-drive of the album, by the way. You know you want it.

Those trusting souls who bought their copies in advance so I could eat are getting theirs first, but you can get yours this Friday:

We’ll knock the lounge’s cover charge off the book when you buy one there.


Who doesn’t want a shirt covered with roaches?
With said shirt, you can:
– Impress everyone with your entymological fortitude 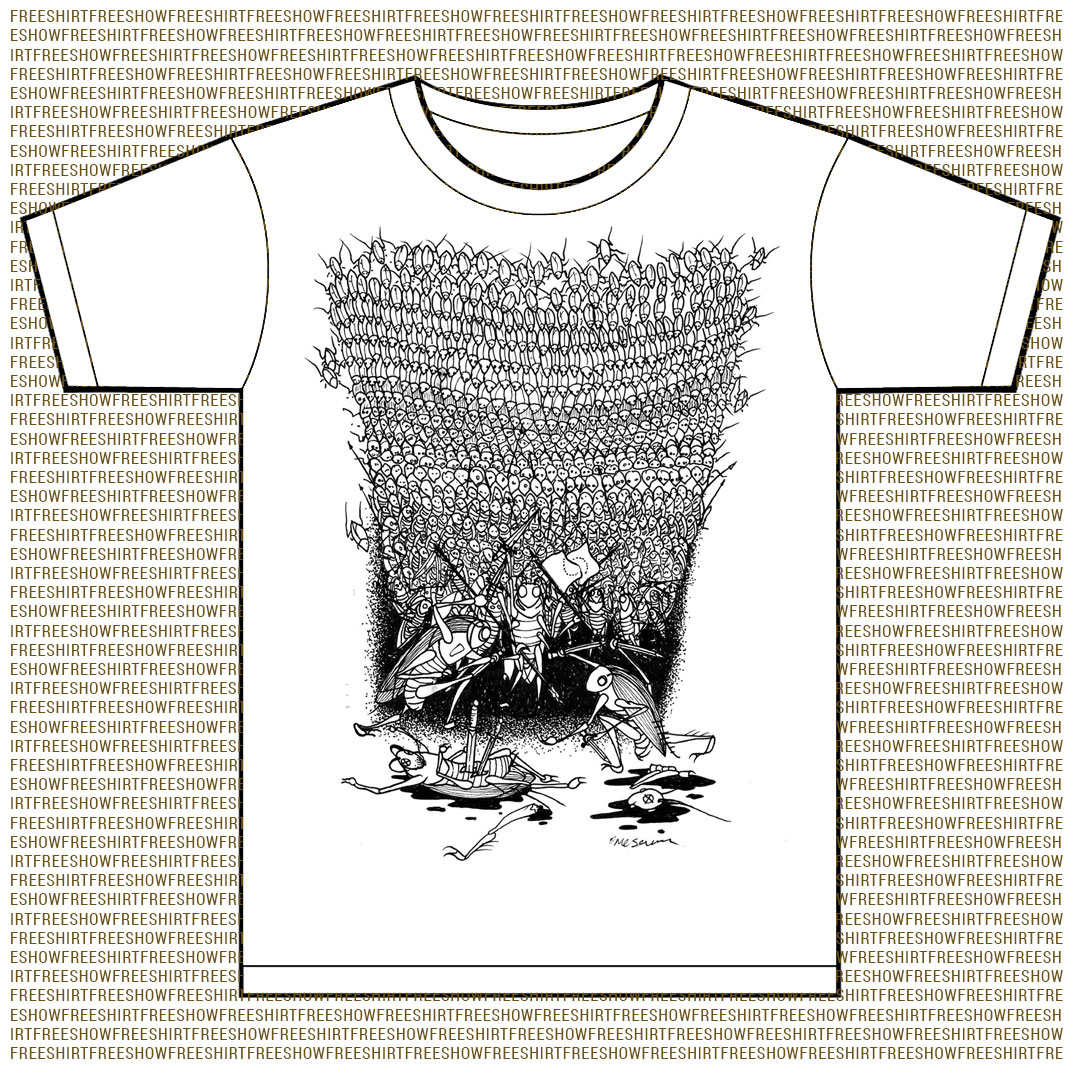 Be the first one on your block to proudly display an illustration from “Colossalangeles” the book/album coming out next month!

It’s a gas of a classy joint and there’s no cover, and the first five freaks to show up to see us will receive this fine limited edition t-shirt.

You know you want it, and really, it wants you too… 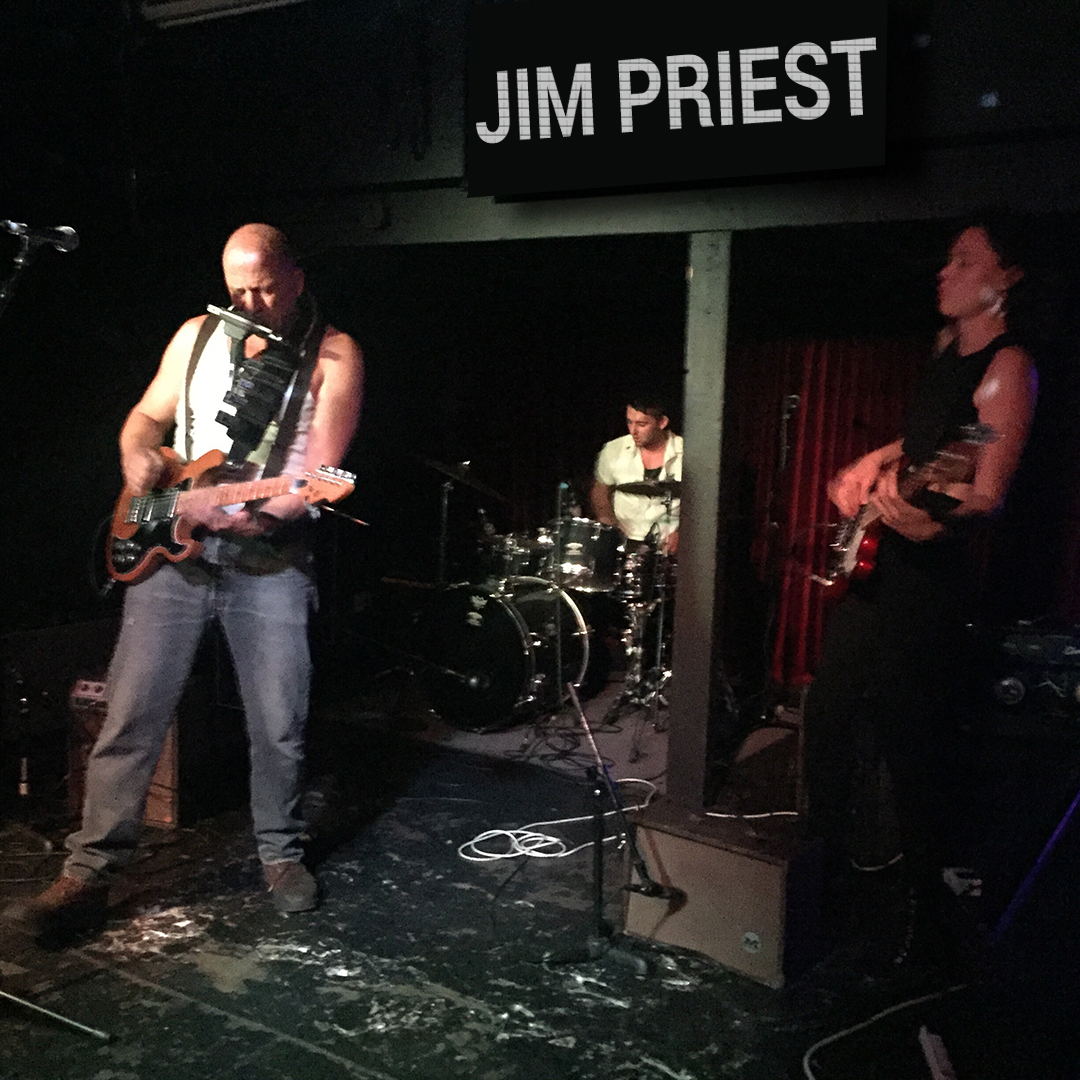 Caitlin and Andrew get a little uncomfortable when Jim gets all sincere like that but whaddaya gonna do? It’s not like he can afford a good therapist. Silverlake Lounge TONIGHT tues the 12th. Come for the harmonica, stay for the gestalt.

Firmly ensconced behind his drums, Andrew was spared the glare from jim’s forehead which caused Caitlin so much retinal damage. 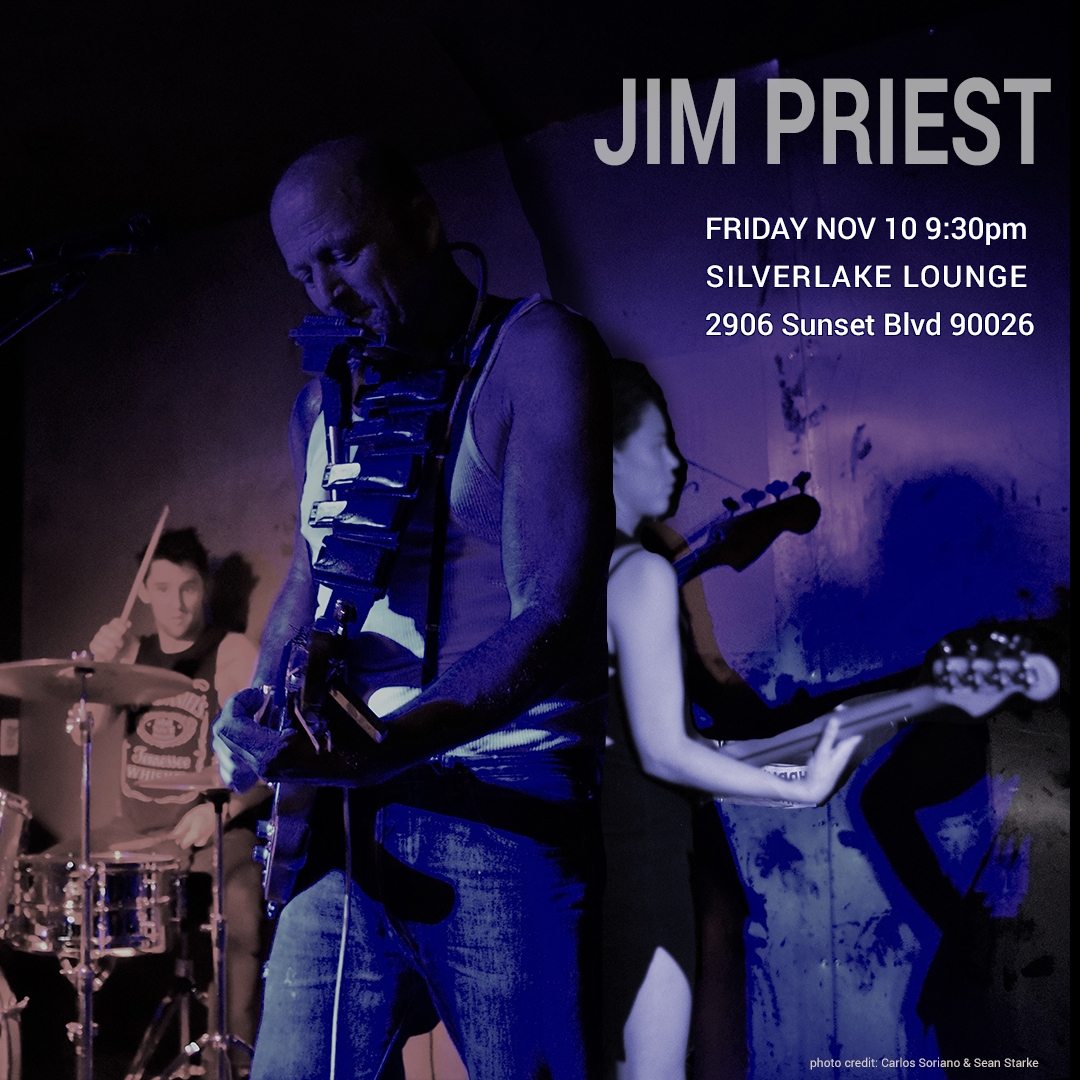 Jim managed a knowing smirk as the band he thought was in his head actually appeared on stage. He wonders if you see them too. 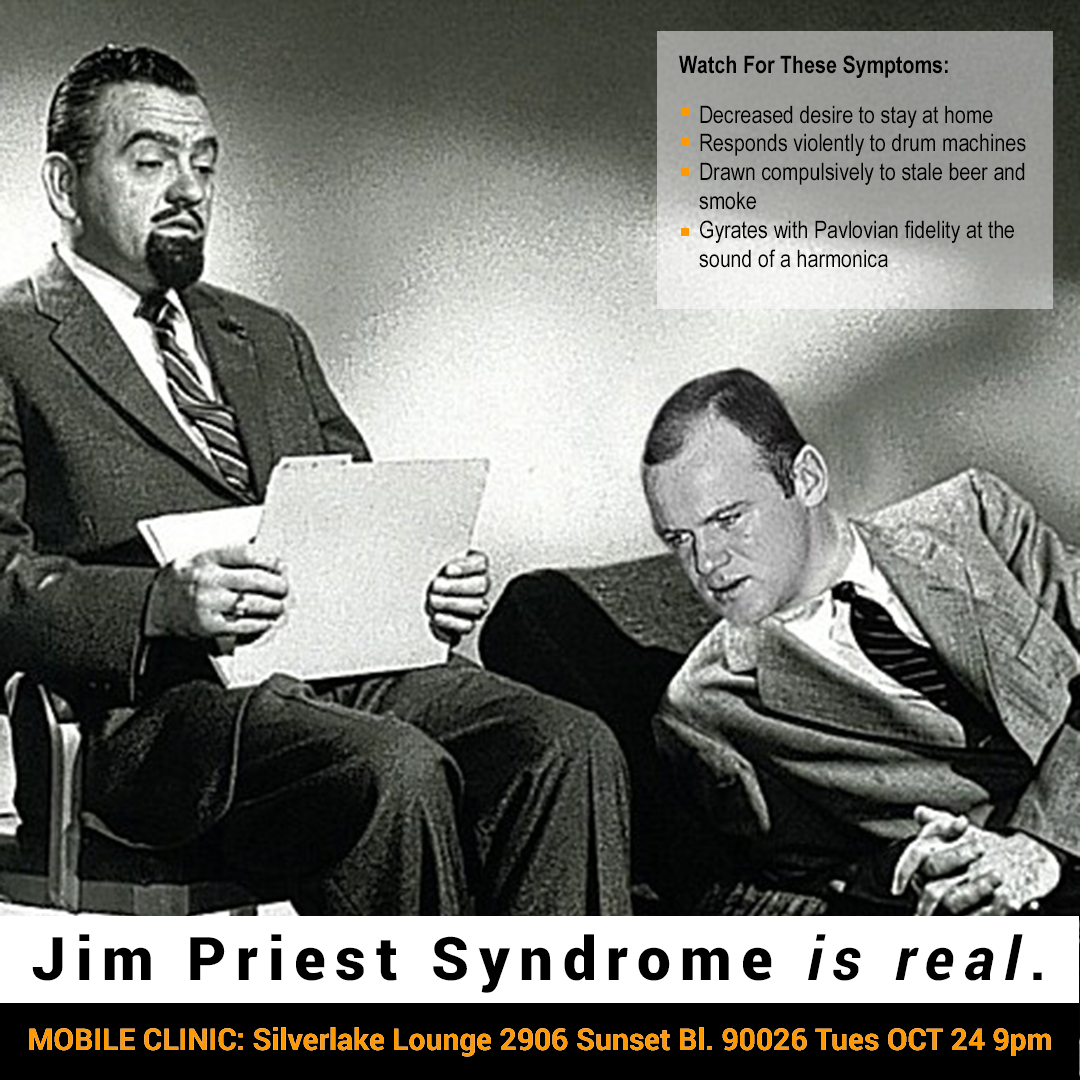 Come ingest some chicken-fried blues poetry at Lot 1. You won’t get Sam & Ella but you may come down with Jim Priest syndrome.

The bacilli have incubated. Those exposed to Jim Priest syndrome last month are showing symptoms: we gonna be hyperventilating and hallucinating people get in here!

This is a PartyPunx ARRRT PARRRRTY which means you’ll be up to your protective gear in bands and art. 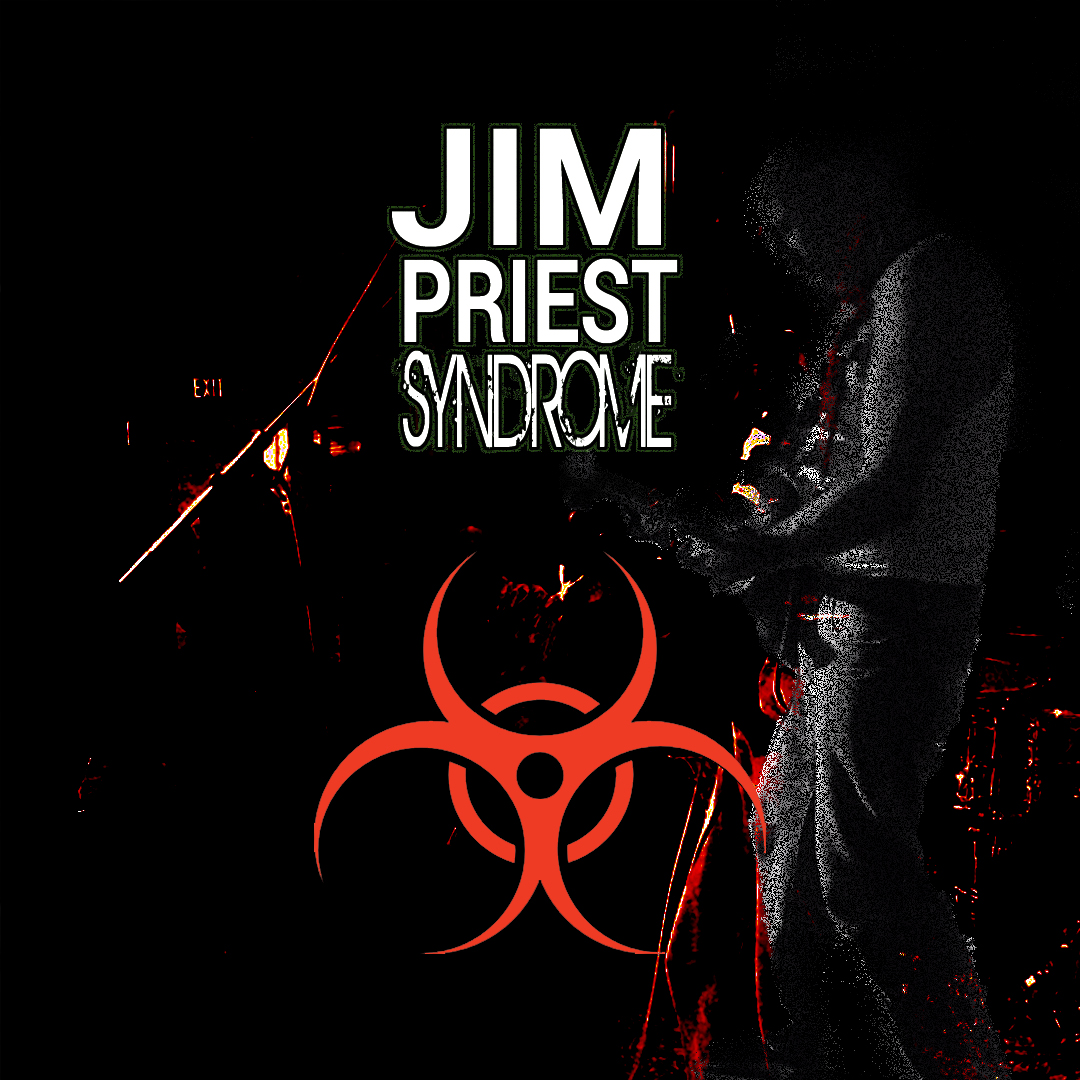