As soon as I decided to make an epic electric blues poem with quasi-religious imagery and psychocultural undertones, and who doesn’t decide that at some point in their life, embellishments and obstacles began popping up like mushrooms on a rain-soaked cowpie.

Having set the story in filthy Hollywood in the 80’s, regression therapy was necessary to recall memories which trauma and embarrassment had long since rendered inaccessible.

Then, of course, certain gods had to be appeased. Amplifiers, reputations, and even plump Norwegian rats were sacrificed behind select shrubbery throughout the city.

Enough with the back story, already. 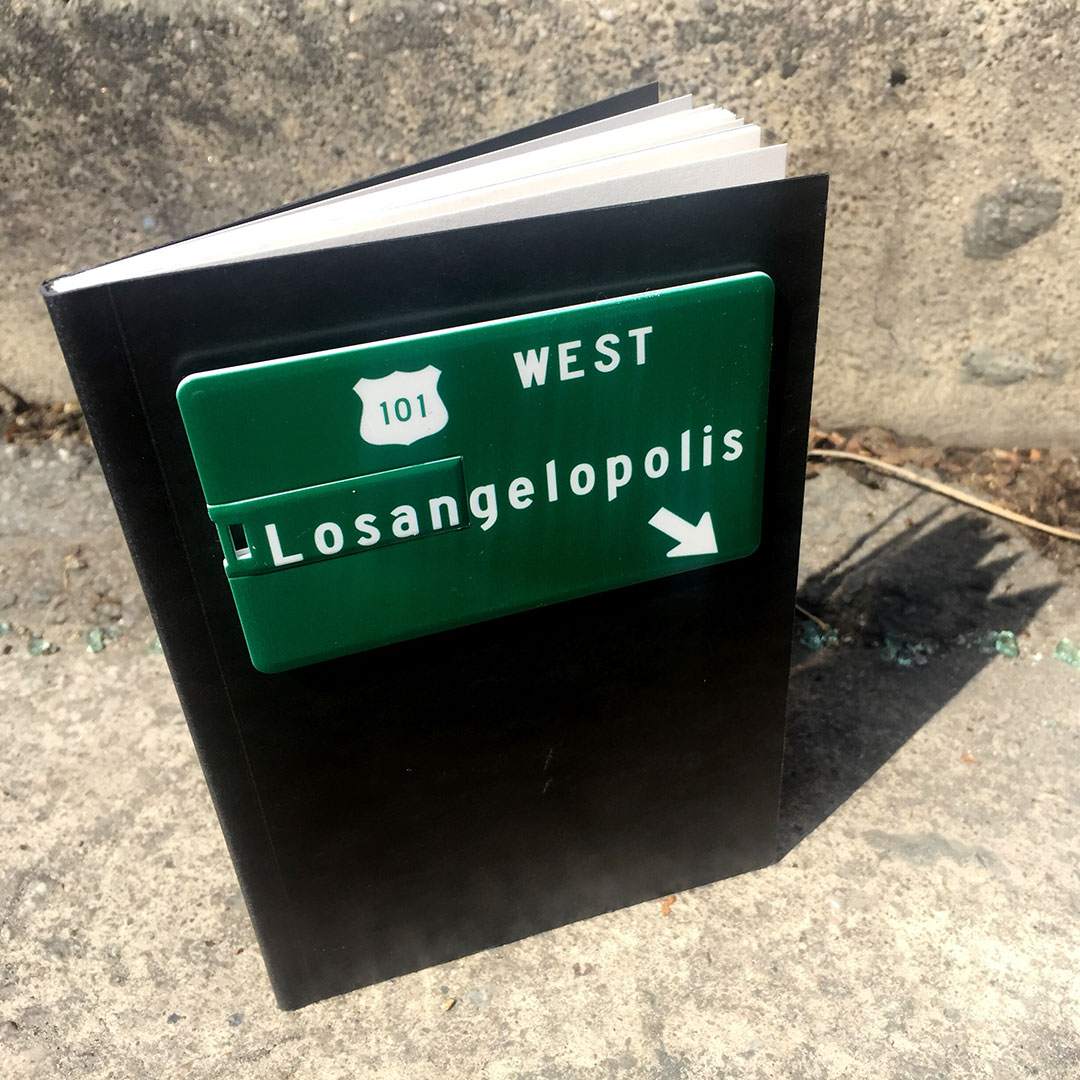 Ain’t it grand?? that freeway sign you see is a jump-drive of the album, by the way. You know you want it.

Those trusting souls who bought their copies in advance so I could eat are getting theirs first, but you can get yours this Friday:

We’ll knock the lounge’s cover charge off the book when you buy one there.